Home Advertising What to Watch For in 2016: Programmatic, Video, Mobile & Native 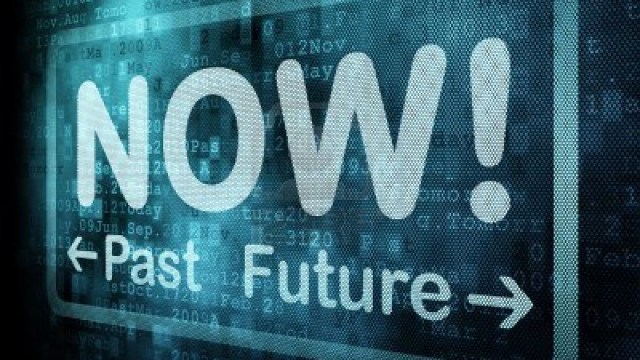 Programmatic advertising is poised to take off this year as marketers are beginning to embrace the increasing returns this automated media buying format affords. According to new research from AdRoll, 66 percent of marketers will increase their programmatic ad spend this year; almost double that of last year. The adoption is being driven by advances in technology alongside an increase in measurement standards in the industry, as well as the fact that it is profitable. Eighty-seven percent of those surveyed reported bigger returns on programmatic dollars. Programmatic growth will help lead to a spike in native, mobile, and video this year.

Justin Choi, founder and CEO of native advertising platform Nativo, predicts that native advertising will gain even more attention in 2016 than it did last year. This is due to issues around ad fraud, viewability, and ad blocking. As more publishers and advertisers jump on the native bandwagon, the risk to end users is that native will becoming annoying. To help proactively avoid this issue, and prevent the invention of ad blockers for native ads, advertisers will have to be mindful of customer experiences and create content that is engaging and doesn’t interrupt. As Noah Brier, CEO at Percolate points out, marketers still need to weigh the cost of producing native ads versus less specialized ads.

Quality will play a large role in native, as publishers and advertisers collaborate to create content that readers want. Since native content allows publishers to connect with their readers in a much more meaningful manner than just throwing ads at them, native and video could potentially come together. Good content is good content, no matter what the format and consumers love video. Publishers are stepping up their game to deliver content to customers, no matter what the channel. This will mean great native, be it text or video, and programmatic will help scale those efforts across devices.

Smartphone and tablet adoption are leading to increased engagement with video, a channel that is becoming a more important part of content strategy this year. Brands will begin to invest more in developing video content for programmatic as automated buying continues to scale with native placements. Choi predicts that this will lead to video living across different screens and siloed buys will go away.

As video takes on a more important role, advertisers may finally get to forget about header bidding. This practice, which has become increasingly common in display advertising, is no longer necessary with video. As Craig Berlingo, vice president of product, publisher platforms, at Tremor Video reveals, “most video SSPs already allow publishers to manage demand in a fully transparent priority waterfall and compete demand at a given priority level so that price wins, just like with header bidding.” But with video buying this happens inside the tool on the server side.

This is win-win for publishers and consumers, since it doesn’t drag down the user experience and the publisher gets the highest yield for its content. Since video is a high value product – which takes time to both produce and consume – it doesn’t have the same low CPMs that display suffers from. While it may make sense for publishers to ring every last penny out of a banner ad with header bidding, it doesn’t make sense to risk losing high value and scarce video impressions with this practice.